The Cleveland Labor Day Weekend Oktoberfest “Best Oktoberfest Microbrew” competition will be held Fri, Sept 2rd—Mon, Sept 5th, and Fri, Sept 9th—Sat, Sept 10th, 2022 at the Cuyahoga County Fairgrounds in Berea, OH – just outside Cleveland. The hours for the competition are 4PM-Midnight both Fridays, Noon-Midnight both Saturdays, Noon-Midnight Sun, and Noon-8PM Monday. Friday night will feature the judging and awards ceremony, and on the 2nd Saturday, your votes will be tallied to determine the People’s Choice for the Best Oktoberfest Microbrewery. I think we can all drink to that! Participating Breweries will likely include:

Congratulations to the winners of the 2022 Best Oktoberfest Microbrew Competition.  Special thanks to Rick Seibt of SNOBs and all the judges and stewards who helped determine the winners. Here are the results:

The Cleveland Oktoberfest Microbrew Competition will be held Friday-Monday Labor Day weekend, Sept. 2 – Sept. 5, 2022, and Friday, Sept 9 – Saturday, Sept. 10, 2022. Microbrew Competition hours are from 4PM-Midnight both Fridays, Noon-Midnight both Saturdays, Noon-Midnight Sunday, and Noon-8PM Monday. Oktoberfest will provide volunteers to pour, so brewers need not be present to participate, with the exception of Friday night. Since medals are handed out Friday night, we would like to have at least one brewery rep from each brewery present. An 8′ x 10′ space will be provided to each participating brewer. No fee will be charged for space. Only established breweries will be considered for inclusion. Though non-German beer styles are permitted, this being an Oktoberfest, we’d prefer that brewers concentrate on German styles (see categories below). Non-German styles will only be eligible for awards in the Open, IPA and Best of Show categories. Brewers may submit up to five beer styles for consideration.

The Cleveland Oktoberfest will purchase as much beer as necessary to meet demand, which for most brewers should be roughly 9 kegs total (not per style), though brewers who went through more than that in previous years are free to bring more. Should demand exceed supply, Oktoberfest would wish to purchase additional kegs from any brewers who are able to restock on the fly. Oktoberfest will provide keg tubs, though we ask that entrants bring their own jocky boxes. Ice will be freely available upon request. Brewers wishing to participate should email rich@vertlift.com. Prior to the competition, we like to have a list of beers being submitted by each brewer. This gives our judging panel a chance to properly prepare to judge all entries. Note that Oktoberfest reserves the right to accept or reject any application for any reason. Space is limited, so brewers who wish to participate should submit applications for consideration as soon as possible.

On Friday there will be a panel judging, and on Monday the People’s Choice ballots will be tallied and a winner announced. The panel judging Friday night will award the best beer in four separate categories, as well as a Best in Show.

Brewers may submit into multiple categories.  Should a brewer wish to bring a beer that does not fit into one of the categories listed below, that’s fine, though again, that beer would only be eligible for the People’s Choice and Best in Show awards.

Oktoberfest will provide volunteers to dispense beer, though Brewers are encouraged to have a rep on hand to speak about their beer and brewing process. We encourage brewers to decorate their space to make it easily recognizable. Brewers are also welcome to sell other promotional items, such as T-Shirts and beer cozies, though glassware may not be sold.

The Best Oktoberfest Microbrew Competition will be located in the Bier Garten. When loading and unloading, Microbrew Reps will be allowed to drive right up to rear of the Bier Garten using the Vendor Entrance or Main Entrance, though if using the Main Entrance, all vehicles must be off the Midway one hour prior to gate opening. There will be a refrigerated truck behind of the Bier Garten to hold all beer not in use. There will also be an easily accessible ice chest in the Bier Garten for icing down kegs, and each brewer’s station will be furnished with two keg tubs (though again, brewers will need to bring their own jocky boxes). To view a map of the grounds, click here (the Vendor Entrance is located in the upper left hand corner of the map).

If you have any questions please feel free to call Rich Croft at 216-650-1665 or email rich@vertlift.com. 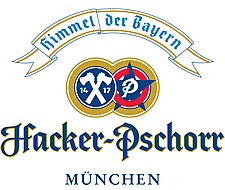